In this remarkable story of survival against all odds, a stray pit bull was found on the streets of Garland, Texas. At first it appeared that the pit bull was with a small puppy, however upon closer inspection rescuers realized that it was in fact a tiny kitten, no more than a few days old.

The dog had been raising the helpless orphan, keeping the newborn alive with her life-giving milk.

The pair were rushed to the Mercy Animal Clinic in Dallas where veterinarian Dr. Rick Hamlin was astonished by their bond.

Over my 28-year career, I’ve never seen anything like this,” Hamlin said in an interview with The Dodo. “My gosh, to find this in the wild, that a pit bull and kitten found each other on their own and they connected like they did, it’s really something.” 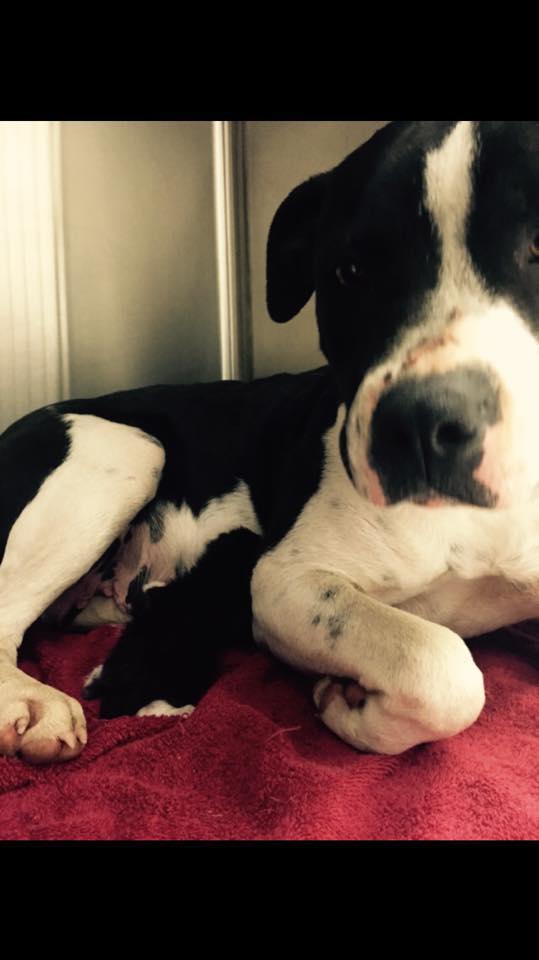 Fortunately, both the dog and the kitten were in reasonably health. This would not have continued for much longer however. Upon examination, Hamlin found that the adoptive mother’s milk had recently dried up. If they hadn’t been found when they were… well the ending might not have been so happy.

The staff at the centre immediately took to feeding the tiny kitten by bottle, and the maternal instincts of the dog were unmistakable.

She refused to leave the baby’s side, sweetly cleaning her with her tongue as she ate. It was clear that she had worked hard to keep the kitten alive on the street.

While we will never really know how the pair came to be, the vet had his views:

“In this particular area, there’s a lot of strays, so my best guess is that the mother pit bull had a litter of pups and they died or weened and she still had milk. And the kitten’s mother, who just had her — well, something must have happened to her, and this kitten was left behind. The pit bull probably found her and took it as her own,” Hamlin said.

Clearly they found each other at the perfect time. 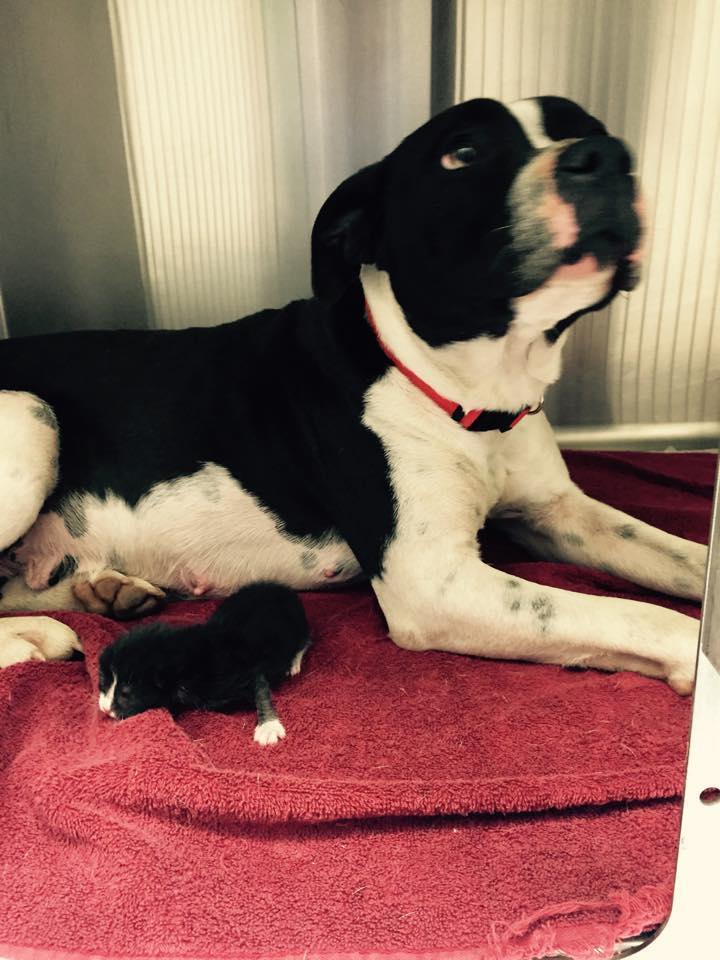 While at the centre, the pit bull and her kitten baby were virtually inseparable. Staff at the clinic were forced to keep them both in the same kennel, as the devoted mother would howl whenever they were apart.

The bond between this pit bull and the kitten is just amazing. She cleans it, she licks it, and they snuggle up,” Hamlin said. “They’re doing absolutely well. It’s great that we’re able to give the kitten the nutrition it needs, and to keep them both together.”

Facebook/Mercy Animal Clinic
Once the kitten was strong enough, the clinic went about finding a forever home for the two strays. It came with a condition however:

We have stipulated for adoption, that whoever wants to adopt, adopts them as a pair,” Hamlin said. “They’ve been through so much, we can’t separate them.”

Can Cats Overdose On Catnip?

Cats and Scratching: Save Your Home From The Claws

By continuing to use the site, you agree to the use of cookies. more information

The cookie settings on this website are set to "allow cookies" to give you the best browsing experience possible. If you continue to use this website without changing your cookie settings or you click "Accept" below then you are consenting to this. We use cookies to personalise content and ads, to provide social media features and to analyse our traffic. We also share information about your use of our site with our social media, advertising and analytics partners.